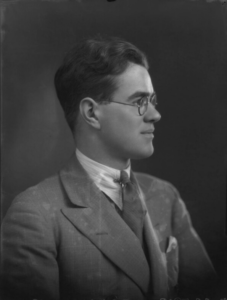 The Whitley Lecture was first established in 1949 in honour of WT Whitley (1861–1947), the Baptist minister and historian. Following a pastorate in Bridlington, during which he also taught at Rawdon College in Yorkshire, Whitley became the first Principal of the Baptist College of Victoria in Melbourne, Australia, in 1891. This institution was later renamed Whitley College in his honour.

Whitley was a key figure in the formation of the Baptist Historical Society in 1908. He edited its journal, which soon gained an international reputation for the quality of its contents – a reputation it still enjoys nearly a century later as the ‘Baptist Quarterly’. His ‘A History of British Baptists‘ (London: Charles Griffin, 1923) remains an important source of information and comment for contemporary historians. Altogether he made an important contribution to Baptist life and self-understanding in Britain and Australia, providing a model of how a pastor-scholar might enrich the life and faith of others.

The establishment of the annual lecture in his name is designed as an encouragement to research and writing by Baptist scholars, and to enable the results of this work to be published. The giving of grants, advice and other forms of support by the Lectureship Committee serves the same purpose. The committee consists of representatives of the British Baptist Colleges, the Baptist Union of Great Britain, BMS World Mission, the Baptist Ministers’ Fellowship, and the Baptist Historical Society. These organisations also provide financial support for its work.

The Whitley Lecture at Whitley, 2022

Politics and Discipleship: Towards a Baptist Political Theology with Rev Dr Andy Goodliff. Andy is the minister of Belle Vue Baptist Church, in the UK, and the Lecturer in Baptist History at Regents Park College, Oxford. Andy maintains a compendious site of things Baptist at https://andygoodliff.typepad.com/ He is the author of Renewing a Modern Denomination, which Andy describes as ‘a look at what Baptists got up to in the 1990s.’ In his book he explores the renewal of the Baptist Union of Great Britain in the 1990s, the only historic UK denomination which grew in this period.

Andy will deliver the Whitley at Whitley Lecture on Monday 12th September, 2022. Registration details to follow.

The Whitley Lecture at Whitley, 2021

Does this Cross Have Disabled Access? Re-thinking Theologies of Atonement and Disability, with Rev Dr David McLachlan, Spurgeons College, London, UK, and a formal response by Professor Shane Clifton.

This video of the Whitley Lecture at Whitley was recorded on Monday 23rd August, 2021, via Zoom Webinar.