“The best advice I can give someone considering cross-cultural mission is to embrace the stance of a learner. Know that you are there to learn. And that you’re not going to know anything about the place, especially in the beginning.” 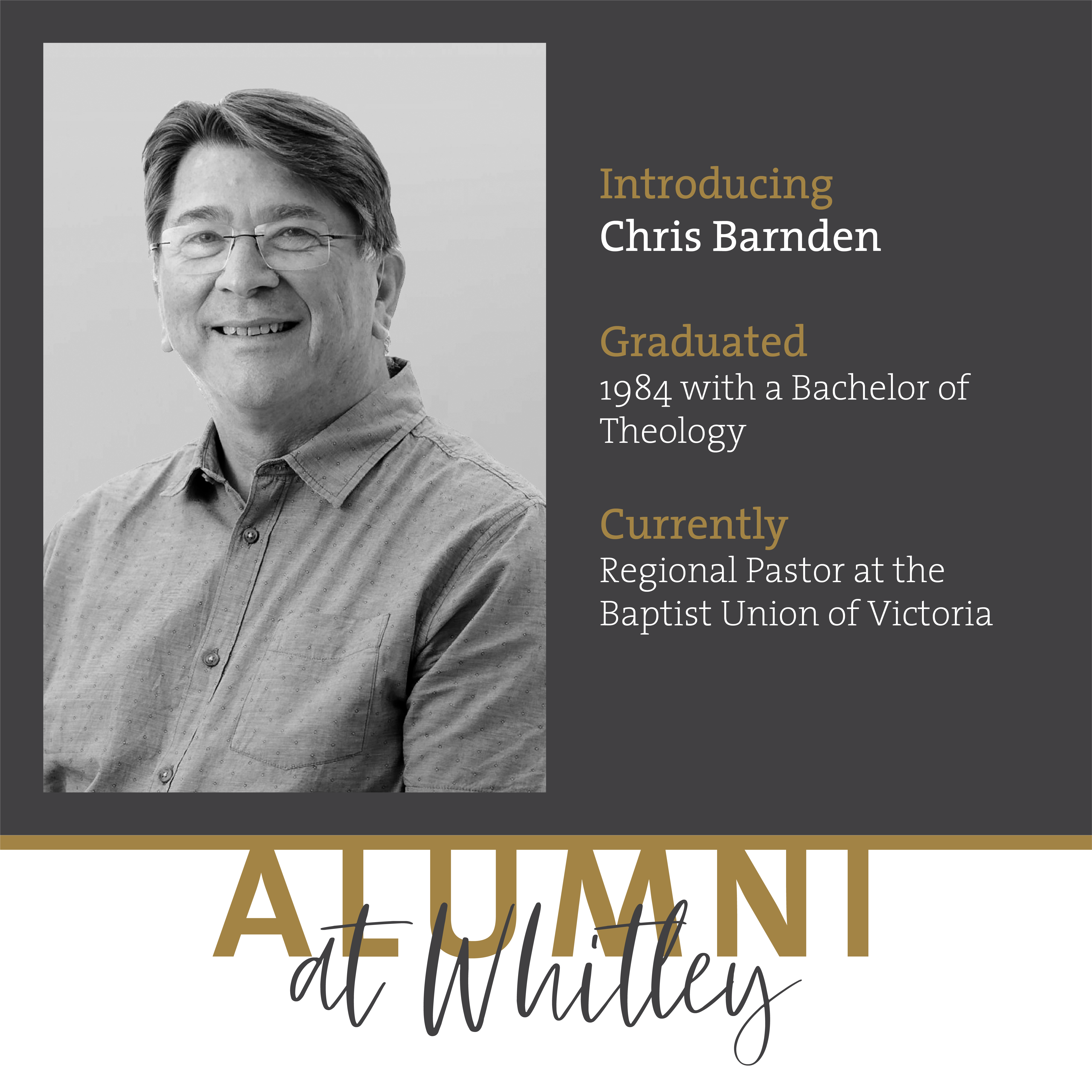 My name is Chris Barnden. I’m married to Julie and we have three children. Although they spent their early years in a non-Australian context, none of our children would regret being on mission. It was an amazing experience which tests your limits.

I graduated from Whitley College with a Bachelor of Theology degree, majoring in Biblical Studies.  I didn’t really have a choice of where to study. I’d returned from a stirring trip to Bangladesh and the Australian Baptist Missionary Society’s Rev JD Williams said I “needed to get an education – at Whitley”. I was there from 1982 to 1984.

I’m particularly grateful that Whitley taught me how to think theologically in different contexts, especially when confronting situations that were not familiar. My study dismantled what was really more of an immature, sheltered, and shallow understanding of being a Christian. They didn’t just give me answers, but helped me work out a faith that would flex and stand up in the changing circumstances of my life.

In June 1985 I left for Bangladesh with the ABMS, now known as Global Interaction.  I had a sense that God was prompting me towards cross-cultural work. While studying, I felt I was being equipped for more. Equipped for a lifetime. The role of our mission team to South Asia was focussed on good news sharing and teaching, both within formal and informal contexts. We were there for a total of six years. It was a time of learning: learning the language, learning to understand the local culture and the local people living in it. But after six years I realised that the more I learned, the more I didn’t know!

You can’t be ambivalent when it comes to mission in the particular culture in which we lived. You either like it or you hate it. I realised it was part of God’s desire for me – that was the motivation. I needed to make a go of it. And while stretching us at times, the whole experience was tremendously rewarding.

In 2004, I commenced as Director of Ministries for Global Interaction in Australia, and in 2013 moved across to the Baptist Union of Victoria into a role as Regional Pastor.

Being on mission is one of the most enriching and challenging experiences one could ever have if we are prepared to open our minds, think in new ways, and see what the Lord is doing.