Lecturer in Baptist Identity and History 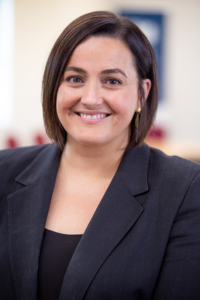 Rev Carolyn Francis commenced as Lecturer in Baptist Identity and History at Whitley College in 2022. She has spent 20 years in ordained pastoral leadership in Baptist churches, most recently as the Pastor for Teaching and Worship at Collins St Baptist Church, Australia’s oldest Baptist congregation. She has served as a member of the University of Divinity Council, the Baptist Union’s Ordination Pathways Group, and the Women in the Leadership Taskforce.

Carolyn first began her theological studies at Whitley in 1999 while navigating a career change out of the corporate sector. She has taught as an adjunct lecturer at Whitley since 2008 and speaks and preaches widely within the denomination and broader Christian community. She is particularly interested in contemporary expressions of Baptist identity, issues relating to gender and sexuality within the church, and the role of the church in the public square.