Lecturer in Hebrew Bible and Language 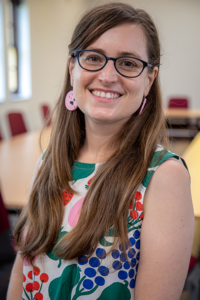 Megan is currently a lecturer in Hebrew Bible at Whitley College. She has taught Biblical Hebrew and on the Hebrew Bible at Whitley and various colleges of the University of Divinity since 2016. Raised in country Victoria, she began her tertiary education by studying Law/Arts at Latrobe University where her studies on the Bible and its historical contexts redirected her plans of becoming a lawyer. Retaining her interest in the interrelationship between law, morality, and justice, she completed her PhD on the character of biblical law through the University of Sydney in 2021. In addition to her role at Whitley College, Megan is the Secretary of the Fellowship for Biblical Studies, an organisation that promotes research and discussion on biblical studies and related fields in Australia and beyond. She is a passionate advocate for the discipline of biblical studies and its continuing relevance within religious and non-religious contexts. .